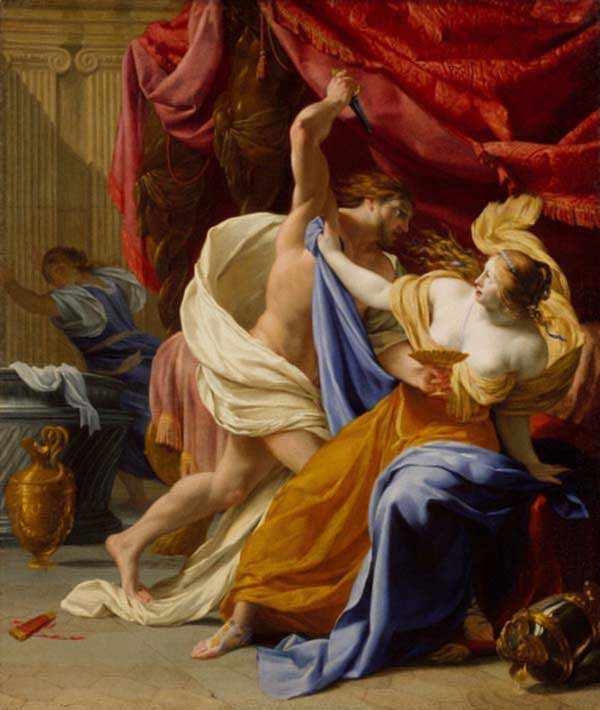 Some of the more vivid indications of the demeanor of David's household include the saga where Amnon became infatuated with his sister Tamar. He perpetrated a ruse feigning personal illness to get her into bed with him and subsequently raped and deflowered her. Because of this, Tamar’s closer brother, Absalom, became very angry with Amnon and perpetrated a plot of vengeance against him, thereby taking his life.

Absalom fled the grasp of King David's justice, but the king longed to see him and arranged for his safe return to Jerusalem. As time passed, Absalom managed to depose King David through a series of shrewd covert and overt actions. King David had to flee for his life. Absalom then took control of Jerusalem where he publicly plundered the booty of King David’s remaining concubines.

In the subsequent series of events, Absalom pursued David hoping to take his life, but David emerged victorious. Unfortunately, it was a hollow victory because Absalom the king’s beloved son was killed and great harm had been done to King David’s reputation. Nevertheless, King David ruled again.

It is therefore evident that there were many problems in the relationships of certain members of King David’s household. Today, some might describe such a household as a dysfunctional family, or use some other oblique term with similar meaning. In earlier times, that idea might have been expressed that they were literally at each other’s throats.

2 Samuel 12:10 Now therefore, the sword shall never depart from thy house; because thou hast despised Me, and hast taken the wife of Uriah the Hittite to be thy wife. (JPS)

Jeremiah 4:10 Then said I: 'Ah, Lord GOD! surely Thou hast greatly deceived this people and Jerusalem, saying: Ye shall have peace; whereas the sword reacheth unto the soul.' (JPS) (Emphasis added)

Because of all of the tumult in King David's household, it is naturally apparent that the more legitimate members of the clan would have regarded Bathsheba and her offspring to be second-class citizens.

Ecclesiastes 4:13 Better is a poor and wise child than an old and foolish king, who knoweth not how to receive admonition any more. 14 For out of prison he came forth to be king; although in his kingdom he was born poor. 15 I saw all the living that walk under the sun, that they were with the child, the second, that was to stand up in his stead. 16 There was no end of all the people, even of all them whom he did lead; yet they that come after shall not rejoice in him. Surely this also is vanity and a striving after wind. (JPS) (Emphasis added)