One of the problems that was difficult to deal with was that some companies grew to sizes that could not have been imagined a century earlier. This sometimes caused other problems. In some cases, a large geographical area depended on one company for its livelihood. If the company had hard times, so did everyone in that area. 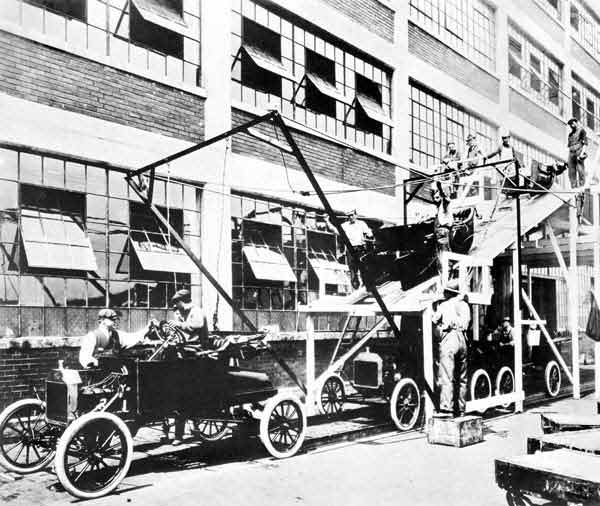 Some companies grew to control the entire market for the products that they produced, a situation now known as a monopoly. Monopolies sometimes became so large and powerful that not even governments could control them or address the problems that they created. 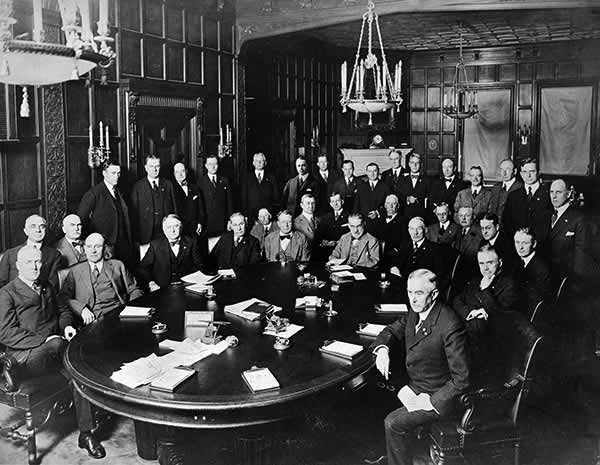 The National Petroleum War Service Committee.
This Committee contains the heads of the largest oil and refining companies in the country, representing the entire industry in mobilizing the petroleum resource of the country for winning the war. Sitting with the committee is Mr. M. L. Requa, General Director of the oil division of the U. S. Fuel Administration.
Taken August 17, 1918 in the Board of Directors room of the
Standard Oil Company of New Jersey, 26 Broadway, N.Y., N.Y.
National Archives and Records Administration.
Still Picture Branch, College Park, Maryland.

In several instances, companies actually became larger than the government, making regulation nearly impossible. In fact, the Federal Government in the United States had to grow significantly, expand and redefine its role to meet this challenge.