Great Britain experimented with both rigid and non-rigid airships during World War I to match the threat of the fleet of German dirigibles. In total, British forces acquired more than 200 airships to use in various military applications making England the biggest airship force of the war. The designs of two British dirigibles, the R-33 and R-34 were copies of the design of a German Zeppelin that had been confiscated during the war. The R-34 made the first successful transatlantic flight in July of 1919.

Britain built two more dirigibles, the R-100 and the R-101, but the R-101 crashed in France killing 47 people. Because of this incident, the British lost interest in airships and the R-100 was dismantled.

Germany used airships during World War I made by the Zeppelin Company and the Schutte-Lanz Company. German airships conducted more than 50 bombing raids over London and Paris as well as other reconnaissance and freight missions. The excellent designs of the German airships gave Germany air supremacy in the early days of the war. There were several design differences between Zeppelin and Schutte-Lanz airships; the most important difference was that the Schutte-Lanz airships had wooden frames while the Zeppelins had metal frames. When allied aircraft gained the ability to reach the altitude that the dirigibles cruised at, the slow ships became easy targets and they fell into disuse for the remainder of the war. 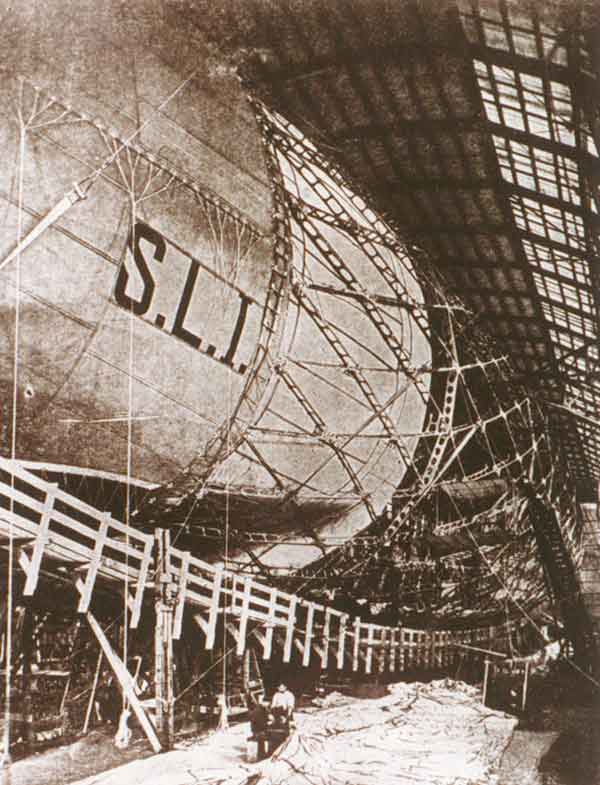