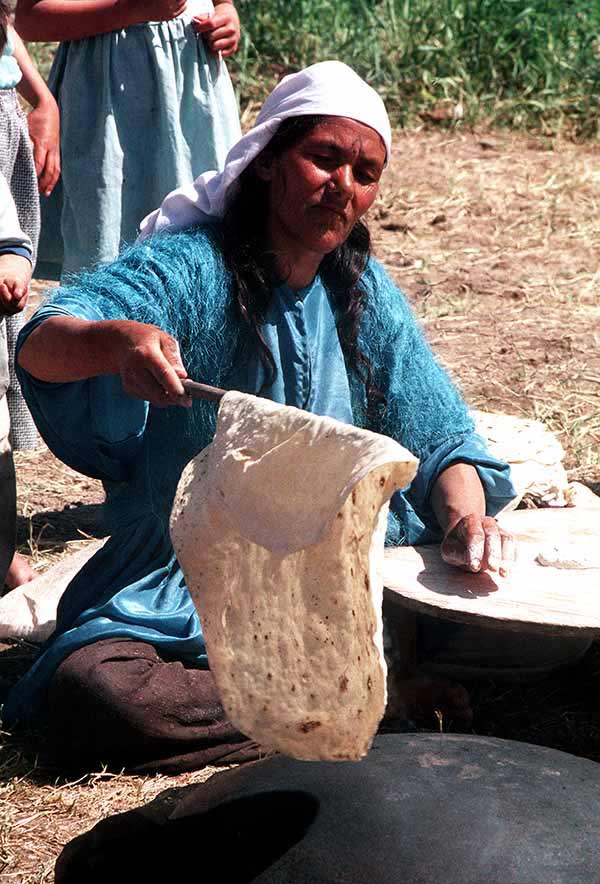 In ancient Egypt, the Israelite slaves prepared unleavened bread to take with them before the Exodus and this became known as matzo. It is made in both fresh and hard varieties. The fresh type is soft and like lavash or flour tortillas, except matzo has no shortening. If fresh matzo is not soon used and stored in airtight packaging it becomes hard. This type is still edible and very similar to hardtack.

Matzo of one type or another is required fare for the observance of Passover. Either type would need to be declared Kosher for Passover. Matzo can be used in many culinary ways and Matzo ball soup is frequently served during Passover Seders.

Over several millennia, the preparation of the hard variety of matzo has risen to more sophisticated levels and is usually done in factories. It is a popular staple, particularly in Jewish homes. It is bland, probably more so than soda crackers, and is very useful in similar applications. It has a slightly different flavor than soda crackers and is slightly harder.