Star or illuminating shells were similar to Shrapnel in physical design, but the shot was actually made of pyrotechnics and they were used to illuminate areas such as battlefields at night. The shot composition was usually paper cylinders filled with more-or-less typical fireworks that produced a bright light. The most common method of how these worked was that small magnesium flares in the paper cylinders were suspended in the air by little parachutes after the shell burst. 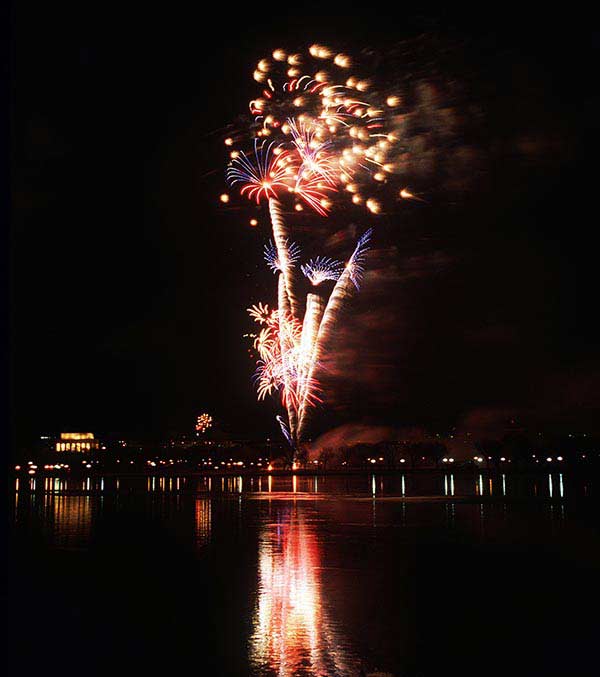 A medium close up view of fireworks lighting up the sky near the river entrance to the Jefferson Memorial, to begin the 1997 Inaugural Celebration.
Photo: Master Sergeant Fernando Serna.
Department of Defense.
National Archives and Records Administration.
Still Picture Branch; College Park, Maryland.