In 1798, Eli Whitney developed the concept of interchangeable parts to produce muskets for the United States Army. Whitney set up machines to produce uniform parts. This made it possible to use unskilled workers rather than skilled craftsman to assemble the muskets. Because the parts were exactly alike, they could be produced much more rapidly. This first successful instance of mass production in the modern era was for the manufacture of arms. 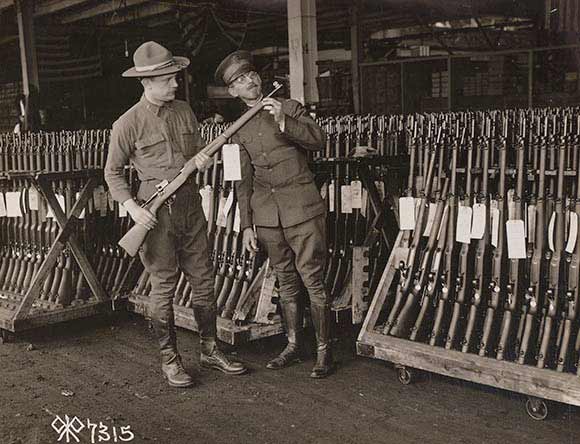 Another of Eli Whitney's inventions, the cotton gin, literally generated the conditions that were the primary causes of the American Civil War, widely considered the first modern war. It is extremely ironic that because the cotton gin could do the work of fifty men, the need for slave labor was greatly reduced. However, the cotton gin, combined with some other new mechanical inventions, enabled the Southern states to produce cotton much more cheaply than anywhere else in the world. Therefore, cotton production in the South increased exponentially. The enormous increase in cotton production created a huge increase in the need for labor. Consequently, many more slaves were acquired. In 1810, the South produced about 178,000 bales of cotton and collectively held about 1,000,000 slaves. By 1860, the south produced about 3,841,000 bales of cotton with about 4,000,000 slaves. 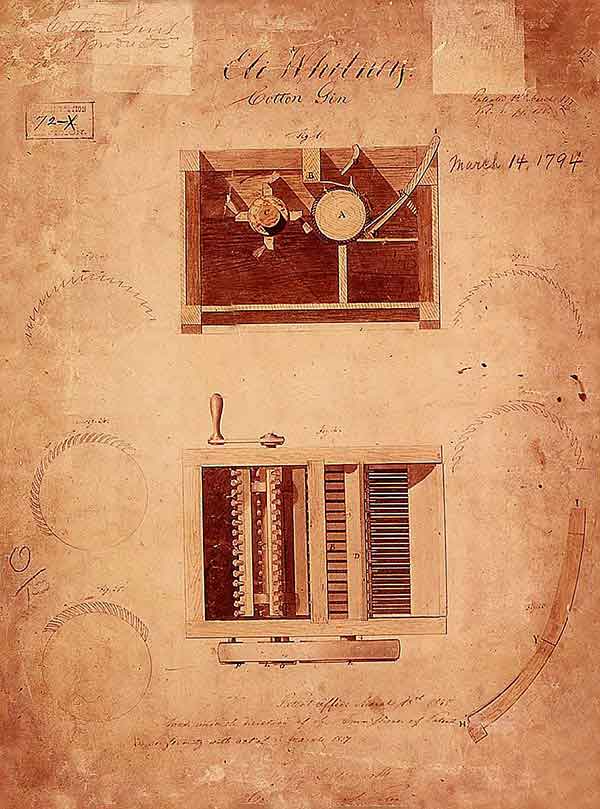 Many of the people in the states that were not involved in cotton production had humanitarian concerns about slavery even before the 1800s. The large increase in cotton production in the South and subsequent increase in importation, or kidnapping, of slaves began to weigh on the consciences of many people. Therefore, an ever-widening rift developed between producers and those with consciences.