The Hunley and the Housatonic
U.S. Civil War 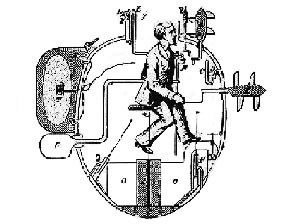 The War Department may have been reluctant to use many of the newfangled inventions partly out of concerns about reliability. After all, an unreliable machine can be disastrous in wartime use. A good example of the problems that can be encountered when using new technologies is the case of the Confederate State's Hunley submarine. A military submarine, the Turtle, had been tried during the American Revolution, but the results were disappointing because of a poor means of fixing warheads to intended targets.

The CSS Hunley was the first submarine to attack a warship successfully. In 1864, the Hunley rammed the Union's corvette Housatonic in Charleston Harbor, successfully setting a torpedo into the ship's hull. This was the method used to deploy torpedoes before the self-propelled torpedo was developed a few years later. The Housatonic sank. Something went wrong on the Hunley, and it also sank shortly after the Housatonic, taking its crew of nine to a watery grave. It is reported that the Hunley signaled that its mission was completed and was never seen again. Some have speculated that a torpedo exploded accidentally on the Hunley. The sub has recently been recovered and perhaps the cause of its sinking will someday be determined. 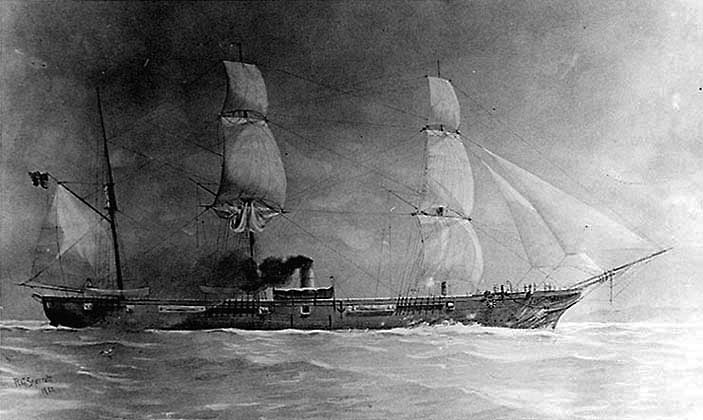 The sinking of the Hunley ended submarine experimentation for the remainder of the Civil War. After the war, submarine development eventually resumed, but one of the first things that had to be improved was the naval torpedo. Eventually, self-propelled torpedoes were developed in about 1868, solving or causing an enormous problem, depending upon one’s point of view. 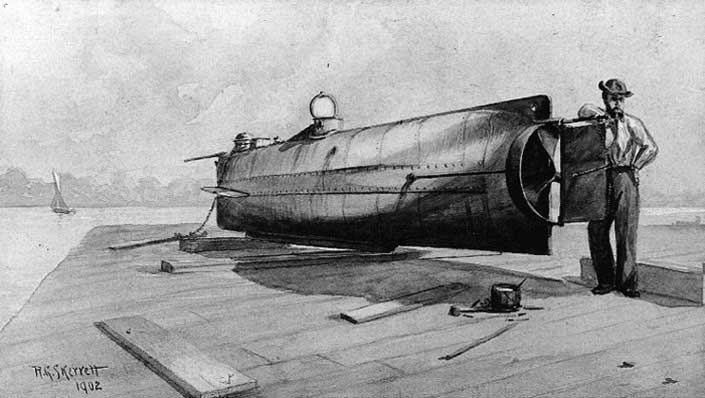