David Schwarz, an Austrian engineer, built the first rigid airship. It crashed on its maiden flight of November 3, 1897. Although Schwarz's craft crashed, it was a major influence on Count Ferdinand von Zeppelin's later work with airships.

Airships not only have several advantages over balloons, but also, over all other forms of air transportation as well. One big advantage of airships is that, once underway, they are extremely energy efficient. Not only are they capable of staying aloft and hovering in the same spot indefinitely, but also, they are relatively stable, vibration-free and quiet. Because of these attributes, today they remain indispensable for aerial photography, filming motion pictures and as aerial research facilities. 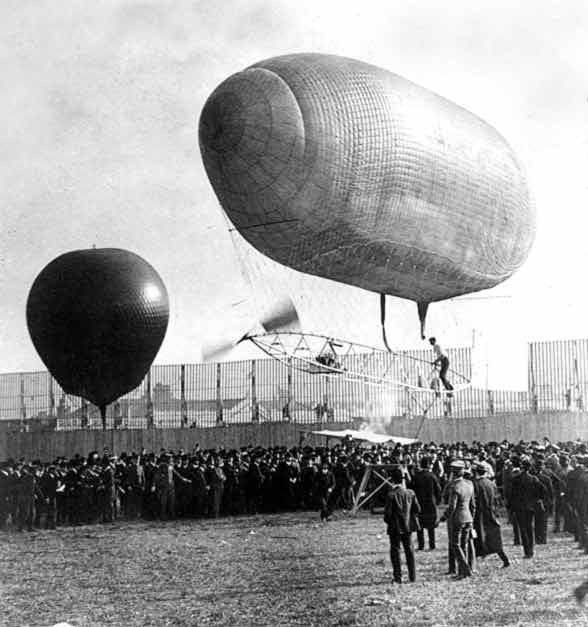