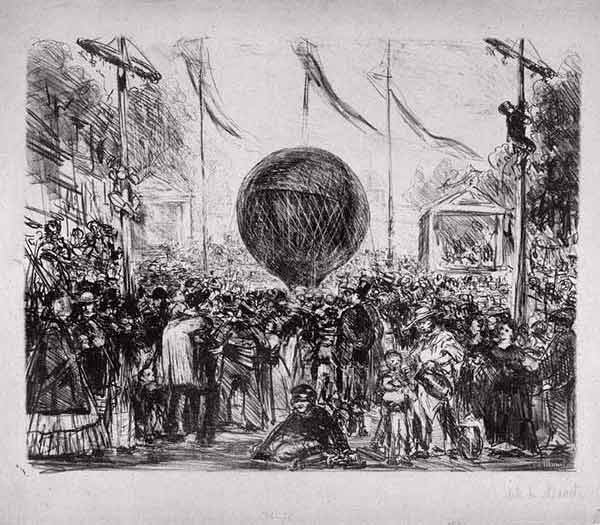 The military potential for any type of flight was recognized early on and many of the earliest experiments were funded by militaries. Benjamin Franklin, the American statesman, realized the military potential of balloons when he first saw a Montgolfier on its first flight in 1783. Franklin was in Paris in November 1783 working on a peace treaty with Britain to end the war in America and was able to watch the first balloon flight from his hotel window. He was very interested in flight and predicted that balloons would be used for military spying and bombing. This proved to be an accurate assessment and balloons were useful for those purposes as well as their critical role in spotting targets for artillery.

After their introduction, technical advances in ballooning came about largely through their military uses. This trend continued beyond the 1960s, when special balloons were used for high altitude research. Some of the earliest satellites were more nearly balloons than anything else.