It is known that one of the most important improvements to the wheel was the spoke design, and it was developed around 1450 BC in Egypt where military chariots were mass-produced. These wheels had four-spokes and were much lighter-weight than solid wheels. Simultaneously, the rest of the Egyptian vehicle became much lighter and more sophisticated. This basic design of spoke wheels continued in use throughout much of the world without radical changes until about the 19th century AD when bicycles and then automobiles became common.

The next known instance of mass production occurred in China during the 2nd century BC for the production of crossbows, which they manufactured by the hundreds of thousands. Crossbows are a form of mechanical artillery. After this, the techniques of mass production seem to have been lost and the concept was independently reinvented several times. 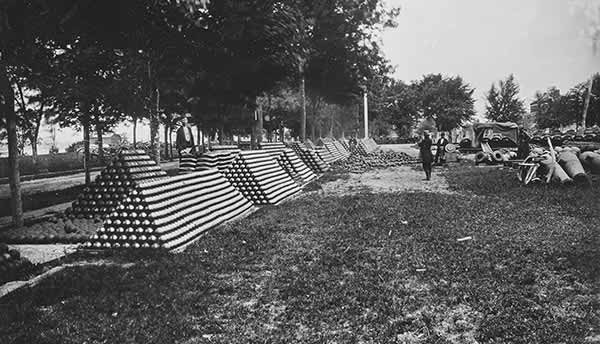 After black powder came into use in the Western world, the earliest standardization began with the classification of cannon so that a group of guns could use the same size-type of ammunition. Before this, each gun had to have its own special ammunition that would only fit that particular gun. Gradually, guns were constructed in specific sizes, classified by the weight of their spherical projectiles. After this innovation, all guns designated as twenty-pounders could use twenty-pound ammunition and so on, a factor that greatly simplified logistics and improved the efficiency of manufacture of both cannon and their ammunition. This also greatly facilitated the use of mass production to manufacture both guns and their ammunition. 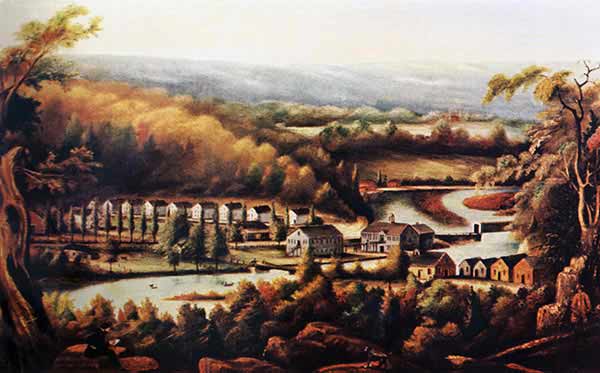 As an outgrowth of standardization, the first instances of modern-day mass production occurred for the manufacture of guns. The breakthrough moment of modern-era mass production was the use of interchangeable parts by Eli Whitney to create muskets for the US Army in 1797. Whitney setup machines to make all parts of this particular model of musket exactly the same; and therefore, was able to use unskilled workers to create the weapons. Heretofore, highly skilled gunsmiths made each musket and all of its individual parts by hand. Whitney was the first to exploit this new system of manufacture on such a grand scale. Notwithstanding, Whitney did not meet the promised deadline for delivery of the muskets. In fact, he was nine years late in fulfilling the contract, delivering the last 500 muskets in 1809. The results of his experiment were encouraging and factors beyond his control may have contributed to the delays, but he had nonetheless introduced mass production and interchangeable parts. 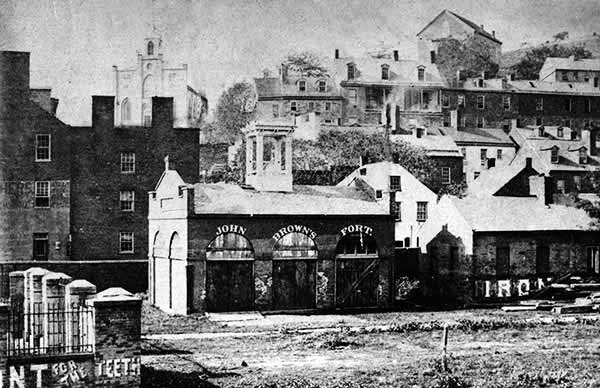 Harpers Ferry Armory, circa 1885.
The former fire engine and guard house was the only Armory building to escape destruction during the Civil War.

Captain John Hall, Assistant Armorer of the Harpers Ferry Armory, carried the idea of standardization further to include interchangeability and reusability of manufactured parts in 1817. This further simplified the task of equipping and outfitting troops. Suppliers were required to conform to the military's specifications. Manufacturers of non-military products did not adopt this system for at least 25 more years and the practice was known as Armory Practice. This system eventually became known as the American System of Manufacture as it became widespread by the mid-19th century. 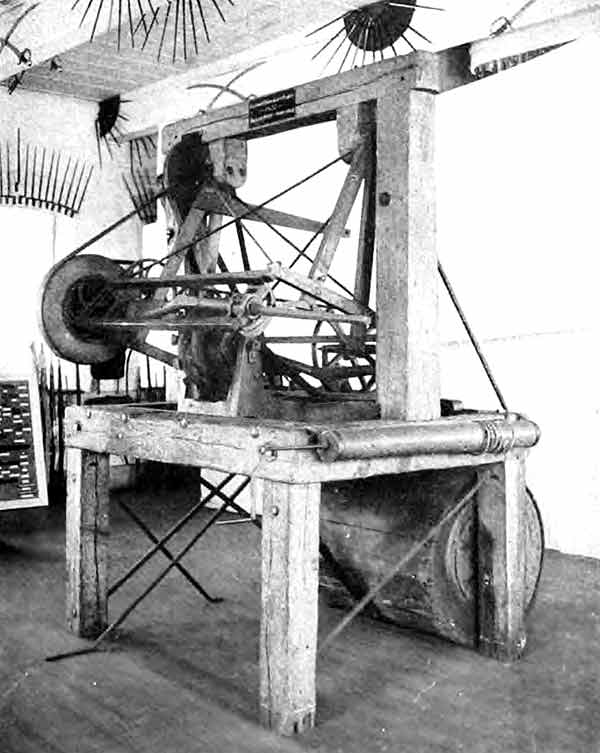 Another important step in industrialization that came directly from gunnery technology was the Blanchard Lathe. Thomas Blanchard created a unique design for an improvement to the lathe in 1818. Blanchard's innovation was a device, known as a duplicator, that caused the cutting tool of his lathe to follow along a pattern thereby creating exact duplicates of the piece that the pattern was designed to produce. Blanchard was immediately employed by the Springfield, Massachusetts Arsenal and subsequently made many other important innovations there. The Blanchard Lathe could produce irregularly shaped parts and was the beginning of automated manufacturing. This improvement to the lathe is noted as being one of the ten most important inventions of all time.