One of the most well-known rocket-launchers is the bazooka. Bazookas were developed to launch a new 2.36-inch caliber anti-tank rocket that was developed early in World War II. They entered production in 1942. The Bazooka was five feet long and weighed only 13 pounds. It was a breech-loaded configuration with a smooth bore, a feature of most rocket-launchers. 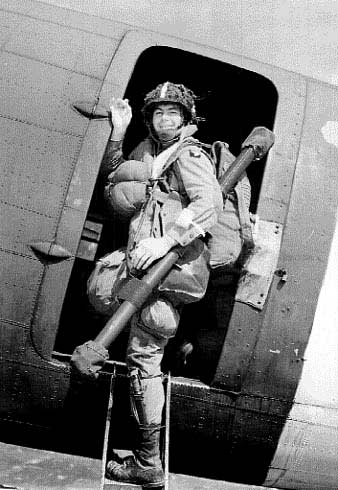 One man could operate a bazooka, but usually a second man loaded the weapon before the other aimed and fired it. Bazooka projectiles could attain velocities of over 25,000 feet per second. The bazooka revolutionized anti-tank warfare and it grew to 3.5-inch caliber by the Korean War. The latter version could pierce armor plate about eleven inches thick at a range of 500 - 800 yards. The modern rocket-launcher that replaced the bazooka is the 66-mm rocket-launcher. Its rocket is preloaded into a disposable launch tube.