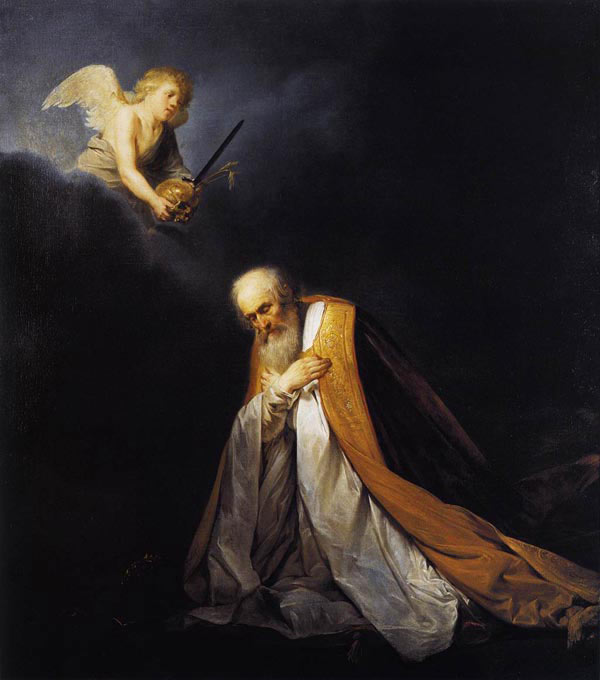 "Davidic Covenant" is the name by which the unconditional promise that God gave to King David is known. This promise is recorded in 2 Samuel 7 and 1 Chronicles 17.

2 Samuel 7:11 “‘The Lord declares to you that the Lord himself will establish a house for you: 12When your days are over and you rest with your ancestors, I will raise up your offspring to succeed you, your own flesh and blood, and I will establish his kingdom. 13He is the one who will build a house for my Name, and I will establish the throne of his kingdom forever. 14I will be his father, and he will be my son. When he does wrong, I will punish him with a rod wielded by men, with floggings inflicted by human hands. 15 But my love will never be taken away from him, as I took it away from Saul, whom I removed from before you. 16 Your house and your kingdom will endure forever before me; your throne will be established forever.’” (NIV) (Emphasis added)

1 Chronicles 17:10 “‘I declare to you that the Lord will build a house for you: 11 When your days are over and you go to be with your ancestors, I will raise up your offspring to succeed you, one of your own sons, and I will establish his kingdom. 12 He is the one who will build a house for me, and I will establish his throne forever. 13 I will be his father, and he will be my son. I will never take my love away from him, as I took it away from your predecessor. 14 I will set him over my house and my kingdom forever; his throne will be established forever.’” (NIV) (Emphasis added)

Due to the contractual terms of this promise, it is absolutely certain that Solomon was not nor could have been the promised heir. Notice that it says that God Himself would establish this successor and the remainders of the terms of this covenant are unconditional. Unfortunately, contriving people incited the now tractable King David to invest Solomon as king before David died. 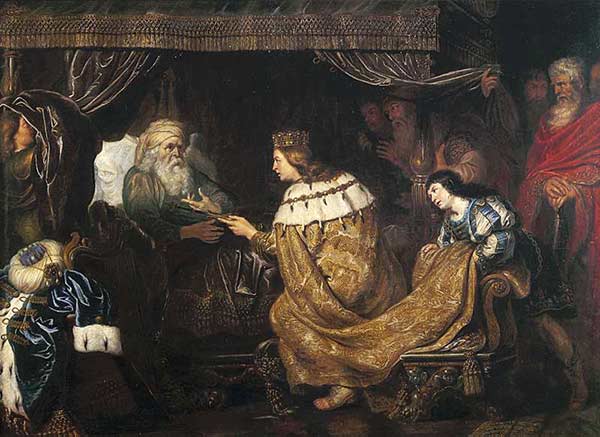 It is an unconditional promise that God would establish David's house, throne and kingdom forever. There is no possibility that that the correct successor could fail in this promise. Notice that God promised that if this successor got out of line He would flog the boy with human hands. One should be aware that despite some direct warnings, God never actually punished Solomon for anything.

Hebrews 12:5 And have you completely forgotten this word of encouragement that addresses you as a father addresses his son? It says, “My son, do not make light of the Lord’s discipline, and do not lose heart when he rebukes you,
6because the Lord disciplines the one he loves,
and he chastens everyone he accepts as his son.
7Endure hardship as discipline; God is treating you as his children.
For what children are not disciplined by their father?
If you are not disciplined
—and everyone undergoes discipline—
then you are not legitimate,
not true sons and daughters at all. (NIV) (Emphasis added)

Even though the kingdom was rended from him, it was only after he died that this actually came about. In fact, it is extremely peculiar that Solomon was able to get by with as much as he did.

1 Kings 11:29 About that time Jeroboam was going out of Jerusalem, and Ahijah the prophet of Shiloh met him on the way, wearing a new cloak. The two of them were alone out in the country, 30 and Ahijah took hold of the new cloak he was wearing and tore it into twelve pieces. 31 Then he said to Jeroboam, “Take ten pieces for yourself, for this is what theLord, the God of Israel, says: ‘See, I am going to tear the kingdom out of Solomon’s hand and give you ten tribes. 32 But for the sake of my servant David and the city of Jerusalem, which I have chosen out of all the tribes of Israel, he will have one tribe. 33 I will do this because they have forsaken me and worshiped Ashtoreth the goddess of the Sidonians, Chemosh the god of the Moabites, and Molek the god of the Ammonites, and have not walked in obedience to me, nor done what is right in my eyes, nor kept my decrees and laws as David, Solomon’s father, did. 34“‘But I will not take the whole kingdom out of Solomon’s hand; I have made him ruler all the days of his life for the sake of David my servant, whom I chose and who obeyed my commands and decrees. (NIV) (Emphasis added)

If the promised successor in the Davidic covenant had succeeded King David, his throne would have remained forever and never cease, this was the clearest element of this covenant. This of course pertained to the united kingdom of Israel, something that fell apart during Solomon's life. Furthermore, the promise states that David's offspring will be the one to build God's house. While Solomon indeed built a house, it is apparent that this house was not to God's liking. In fact, God warned Solomon during the construction about the nature of the house.

1 Kings 6:11 And the word of the Lord came to Solomon, saying: 12 'As for this house which thou art building, if thou wilt walk in My statutes, and execute Mine ordinances, and keep all My commandments to walk in them; then will I establish My word with thee, which I spoke unto David thy father; 13 in that I will dwell therein among the children of Israel, and will not forsake My people Israel.' (JPS) (Emphasis added)

From the Davidic Covenant alone it is simple to accurately deduce that Solomon was not God's choice of leaders because Solomon never manifested most of the unconditional provisions of this covenant. In order to conclude that Solomon was intended to be the king one would have to conclude that God was either a little confused that day or else a liar. Neither of those conditions are possible.

One additional promise in this covenant was that God would establish David's house forever. Solomon did build a house for himself but there was no reference to David in it. It was named the House of the Forest of Lebanon.

1 Chronicles 28:9 And thou, Solomon my son, know thou the God of thy father, and serve Him with a whole heart and with a willing mind; for the Lord searcheth all hearts, and understandeth all the imaginations of the thoughts; if thou seek Him, He will be found of thee; but if thou forsake Him, He will cast thee off forever. (JPS) (Emphasis added)